When the Referee Swallowed his Whistle

Listen to Colin read his poem.
We was having a great game of football,
Our team we was up 7 - 2,
Then the referee swallowed his whistle,
And we didn’t know what to do.

Should we make the old bloke do a handstand
And then we could shake him about
Just like a big bottle of ketchup,
Would that make the whistle come out?

Or maybe the Heimlich manoeuvre
Is what we should do double quick?
The whistle might pop out, no problem,
Yes, maybe that might do the trick!

Or possibly someone should punch him
By giving his belly a whack?
Would that maybe dislodge the whistle,
Is that how we might get it back?

We hummed and we hawed for a long time,
But couldn’t decide on a plan,
Till we thought we’d just play on without him
And try to forget the old man.

And so we got back to our footie,
I’ll tell you the grand final score,
With nobody blowing a whistle,
Was 73 - 54.

And people, they still talk about it,
It’s brought us a measure of fame,
When the ref went and swallowed his whistle,
And we just continued the game. 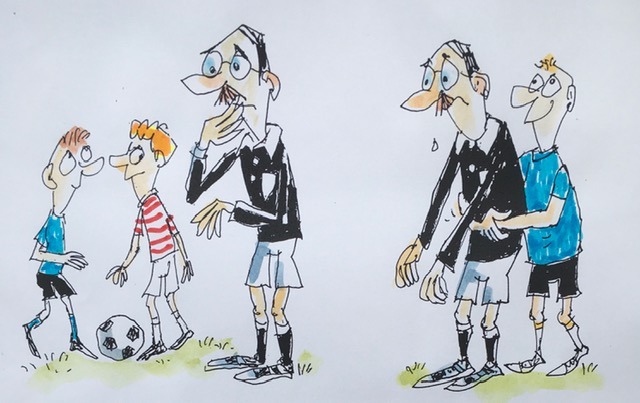 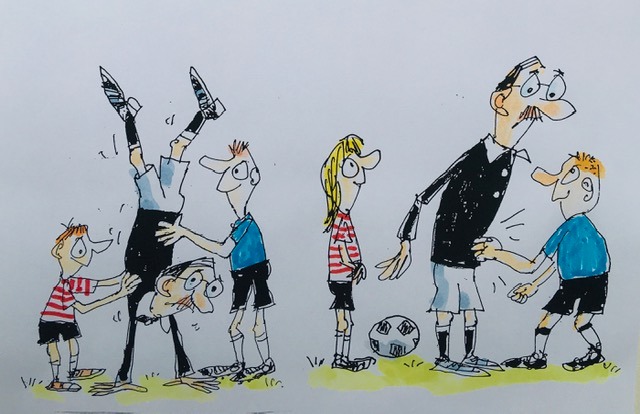 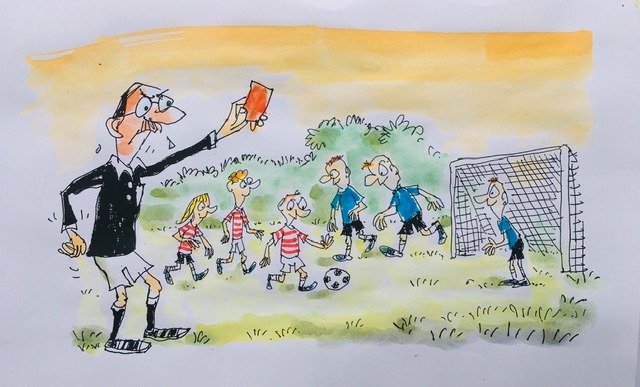 Pictures by Colin West
This poem is copyright (©) Colin West 2022

Colin lives in Battle, East Sussex. He studied Graphic Design and Illustration and has written and illustrated over 50 children’s books. His poems have appeared in anthologies by Roger McGough and Julia Donaldson. He now writes purely for his own pleasure and enjoys collecting old books, mainly of poetry.