What are Little Girls Made of?

But, you say, hang on a mo –
I am a pirate with a bow.
Or actually, I’d rather be
making cupcakes up a tree.
No, I’m a princess with a patch -
Don’t stress, it’s fine to mix and match.
By far the best is to be true
to the bestest person: YOU. 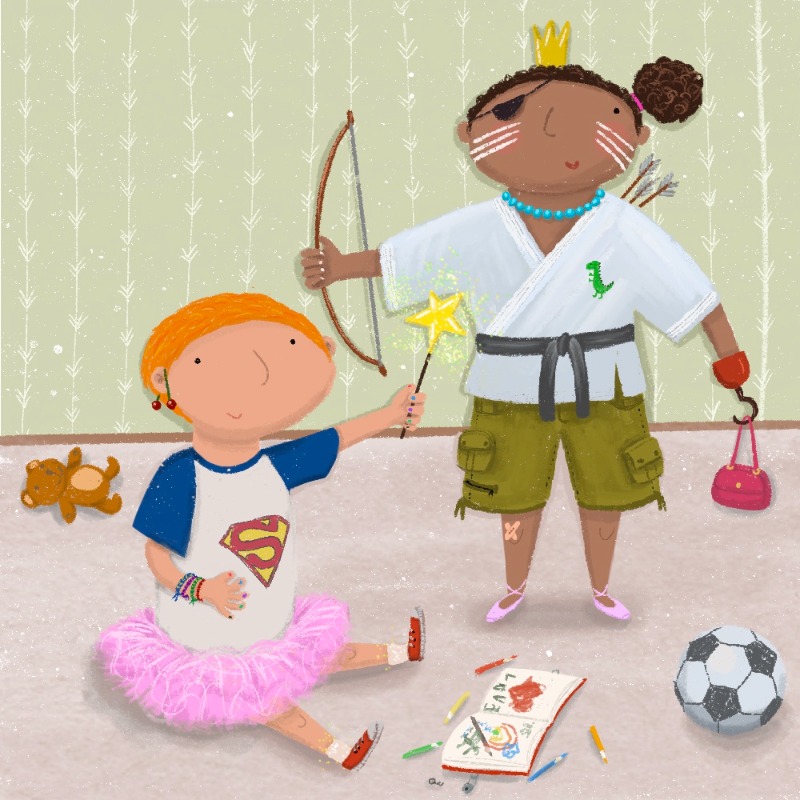 About Shiva Asemi, the illustrator: Shiva Asemi is an Iranian Graphic Designer & Illustrator based in Munich, Germany. After years of working as a Graphic Designer, she has finally decided to follow her dream and pursue a career in illustration.
This poem is copyright (©) Piu DasGupta 2023

Piu is a British/Indian/French writer living in Paris, France. She has written and published adult books and is currently working on a children's novel. She writes both adult and children's poetry and her children's poetry has been published in magazines such as The Caterpillar and Northern Gravy.