Listen to the poem ...
A classroom book sat all forlorn, unchosen on the shelf
and in its simple way it wondered sadly to itself,
how many days or weeks or months or years it must there bide,
till any child might pick it up and read the words inside.

It knew each boy and girl within the classroom by their names
and through a nearby window it could see their playground games.
It listened to their teacher who was such a useful guide
and watched their lessons as it heard about the world outside.

But while it learned, it yearned for someone just to take a look
inside its pages and then choose it as their reading book.
It wanted to feel useful like the others it could see;
the stories and non-fiction, picture books and poetry. 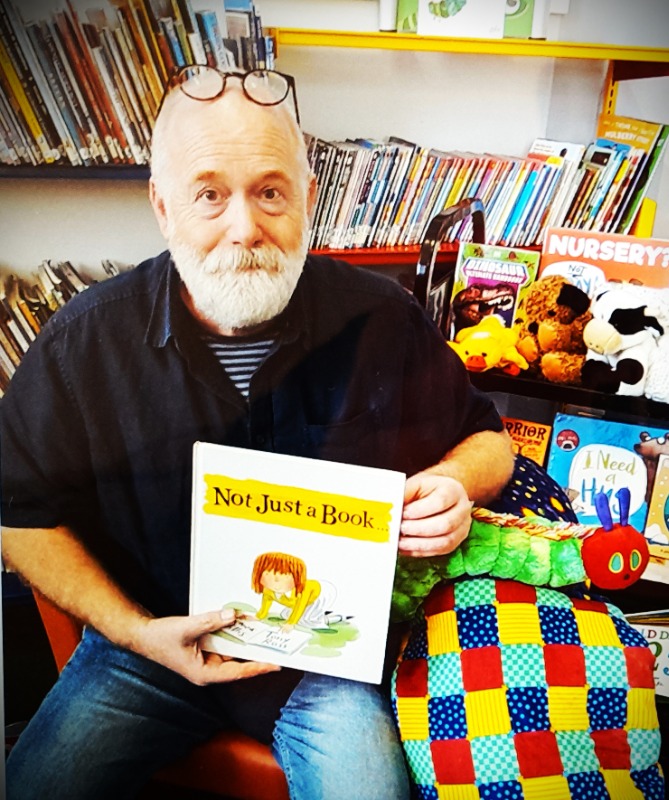 the number in the classroom grew through one new unknown face.
A face that seemed quite careworn, pale and somewhat like a ghost,
with such a gaze that seemed to say she’d witnessed more than most.

A girl whose clothes were different like she’d travelled from elsewhere,
who seldom spoke but when she did her eyes with tears would stare
as wistfully she’d talk about a distant troubled land,
a home so many miles away where free-speech had been banned.

A conflict had erupted so that families had to flee
in terror for their very lives until they reached the sea.
The teacher and the children being friendly did their best
to make the girl feel welcome; an esteemed and honoured guest.

They showed her round the classroom; where to sit, to write and draw.
They helped her with her English and it wasn’t long before
the girl discovered many books; some well-worn and some new,
including one which for some time longed to be been chosen too.

And then a most amazing thing occurred, as with one look,
the new girl smiled when she first saw the cover of that book.
For there in stunning colour was a photographic scene
depicting life in far-off lands and places she had been.

She chose it and then turned the page and found her home once more
and lost herself in memories upon the cushioned floor.
With new found friends, she shared the book and talked and talked and smiled
while in her arms the lonely book felt useful for a while.
This poem is copyright (©) Jonathan Humble 2023