Here at the Dirigible Balloon we are starting 2023 with a new poet feature. 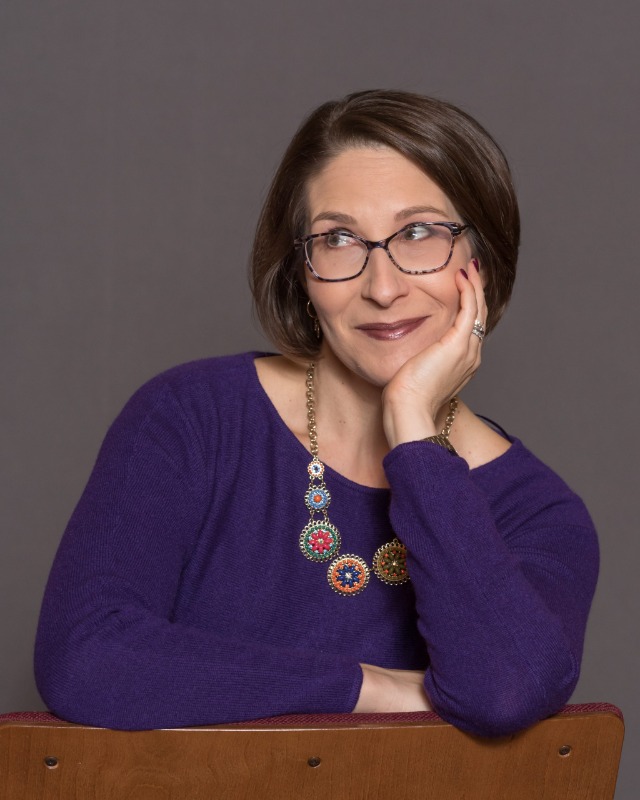 Rebecca Gardyn Levington is a children’s book author, poet and journalist who lives with her husband and two sons in Summit, New Jersey in the USA. Rebecca loves writing both playful and poignant picture books and poems — primarily in rhyme.

Her debut picture book was called BRAINSTORM! and was published by Sleeping Bear Press, in 2022. Rebecca has been very busy and five more rhyming picture books will be published in the next two years, including WHATEVER COMES TOMORROW (Barefoot Books, March 2023), AFIKOMAN, WHERE’D YOU GO? A Passover Hide-and-Seek Adventure (Penguin Random House/Rocky Pond Books, 2024), and I WILL ALWAYS BE … (HarperCollins, 2024). 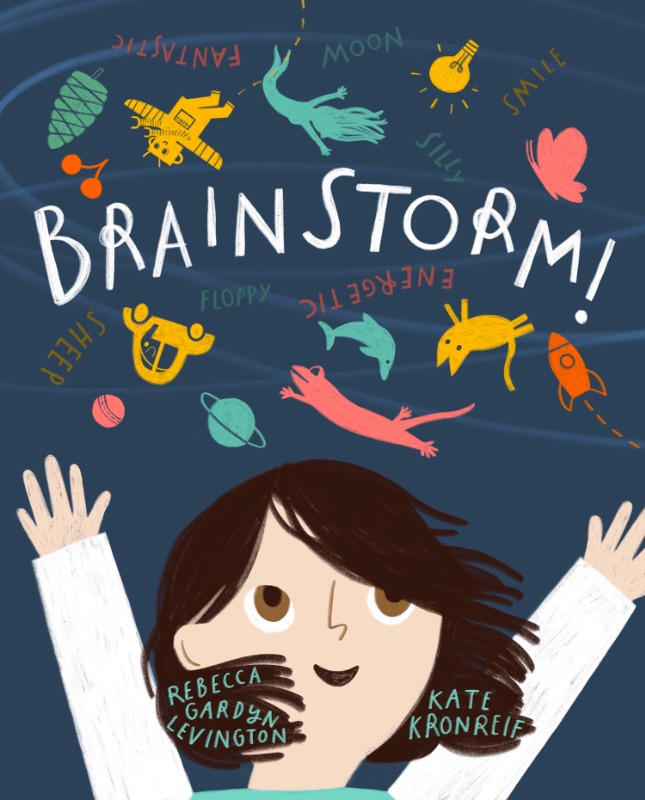 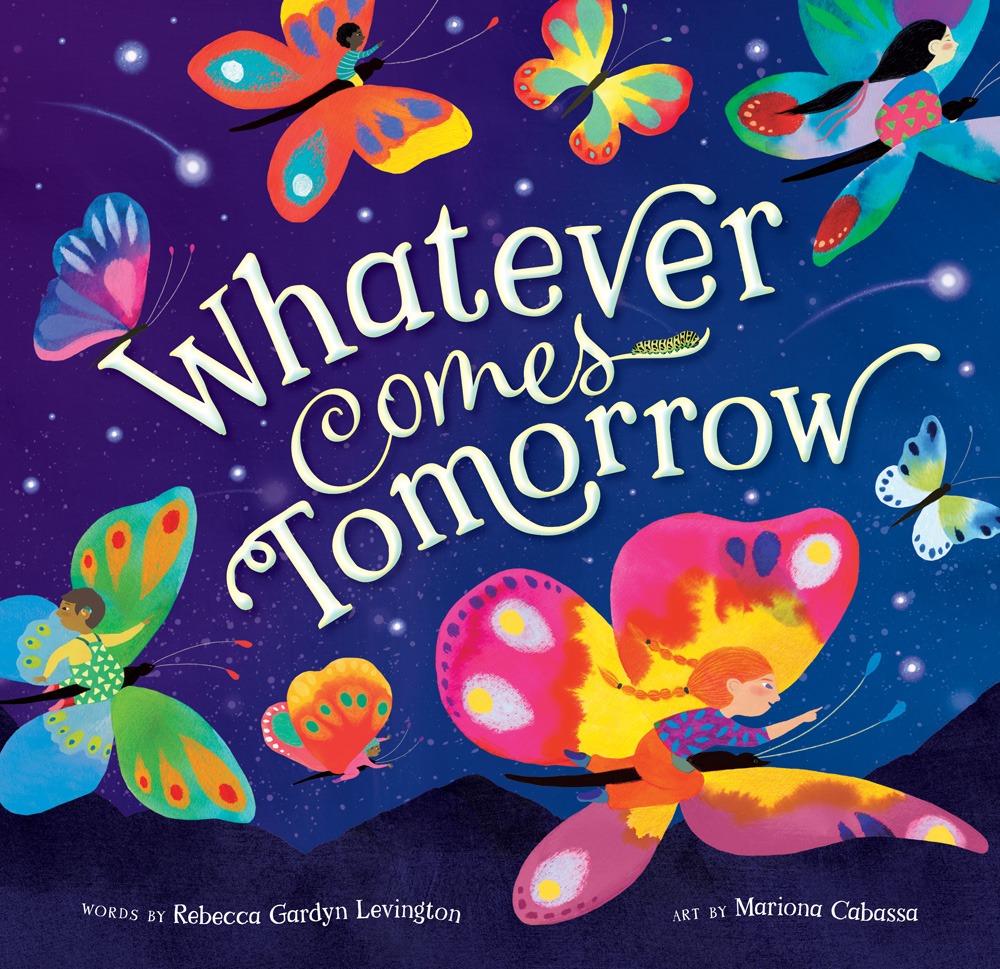 Rebecca’s poems have been or are scheduled to be published in Cricket Magazine, Spider Magazine, Highlights High Five, The Caterpillar, The Toy Press, Honeycake: The Jewish Magazine for Creative Kids, as well as Countdown, Blast Off, Touchdown, and Launchpad (publications of The School Magazine). Her poems have also appeared in the anthologies What Is A Friend?, Hop To It: Poems To Get You Moving, Imperfect II: Poems About Perspective–An Anthology for Middle Schoolers, and Chicken Soup for the Soul: The Magic of Cats. Rebecca’s poem, “Lemons!” originally published in Countdown, won the 2021 SCBWI Magazine Merit Award for poetry from the Society of Children’s Book Writers and Illustrators.

Rebecca has recently sent the Dirigible Balloon three poems and has also very kindly agreed to answer a few questions about her life as a successful writer.

When did you first realize you enjoyed writing?

I’ve loved writing from the time I could pick up a pen. As a young child and teenager, I was always scribbling something – poems, jokes, stories, inspirational sayings, random musings. (In fact, I’ve kept a journal since I was 8 years old). Eventually, I turned that love of writing into a career as a professional journalist, writing feature stories and articles for national and local newspapers and magazines in the U.S., and now (after taking a decade off to raise a couple small humans) have reinvented myself as a children’s book author and poet.

Why do you write poetry? 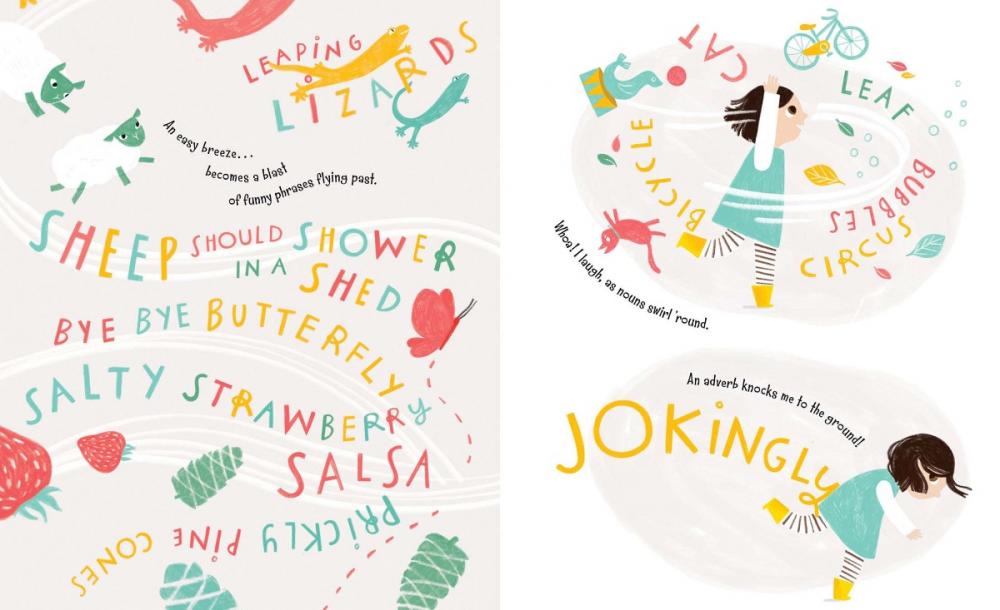 Because I LOVE having playdates with words! I enjoy the sound and rhythm of words and how they can come together in new ways to create a specific mood or emotion. I enjoy puns and wordplay and trying on different points of view. I especially love how poems (at least the ones I typically write) are short, and so I find that sitting down to write a poem is a lot less pressure-filled than sitting down to write a picture book manuscript. Ironically, many of my picture books began as short poems because I’ve found that that writing poetry is a wonderful tool for breaking through writing blocks. I particularly love writing in rhyme because, to me, a rhyming poem is one big puzzle. When, after hours of tinkering, I am able to uncover the perfect word that exactly encapsulates the meaning and feeling I’m after AND perfectly slides into my meter, I get SUCH a high! (Anyone else?!)

Where does your inspiration to write come from? 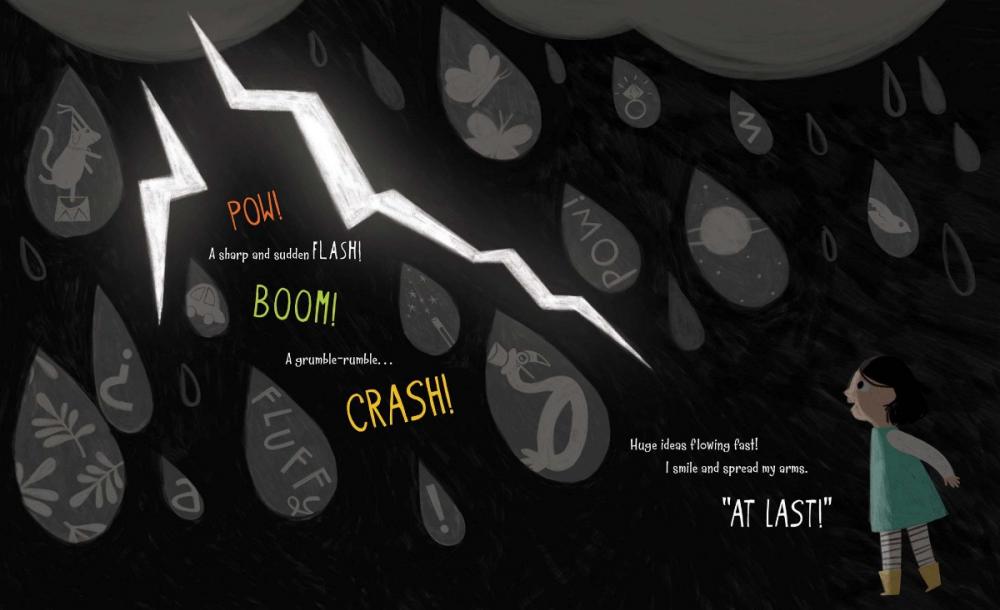 Titles often come to me first. As I said, I love wordplay. So, a lot of my ideas come to me in the form of words, phrases, idioms and puns that can be taken literally. For instance, my debut picture book, BRAINSTORM! which released last summer from Sleeping Bear Press and is illustrated by Kate Kronreif, began as a short poem. I had been sitting at my desk, in a slump, uncertain what to write about, when it began raining outside. I suddenly realized I was literally brainstorming in a rainstorm. So, I thought to myself “Hmm… I wonder what a brain “storm” would look like? What if ideas really did fall from the sky like rain?….” A poem began to pour out of me (pun intended) about a girl who imagines a literal storm of ideas, pictures, words, titles, beginnings, middles, endings, etc. all swirling all around her until, in the end, she finds herself inundated by a flood of possibility.

Many of my poems are inspired by just one word. I’m part of a Poem-a-Week Challenge with a few critique partners in which we give each other a word that must be used as part of a rhyme pair. Just thinking about one word – it’s meaning, associations, and rhyme pairs is a great way to spark ideas for me. In fact, my upcoming book WHATEVER COMES TOMORROW, illustrated by Mariona Cabassa (Barefoot Books, Spring 2023), began from a poem inspired by the word “surprise” (although, ironically, the couplet that originally contained that word didn’t end up in the final version!)

How did it feel when you had your first piece of writing in print?

As I mentioned, I had been a print journalist for many years before becoming a poet and children’s book author and, as such, I’ve published hundreds of articles. Perhaps, that’s made me a bit jaded about seeing my own byline on an article. However, when my first poem for children was published in the December 2019 issue of Honeycake, The Jewish Magazine for Creative Kids, I was over the moon with excitement. By that time, I had been writing poetry and picture books in earnest for about 3 ½ years, without so much as a nibble of interest in my work from anyone. I had just started to lose hope when I received the email from the magazine’s poetry editor saying they adored my poem. I remember being overwhelmed with a feeling of accomplishment and joy. Maybe I could pull off this poet thing after all!?

Do you have a writer you admire?

There are too many! I have been lucky enough to have been a member of The Poet’s Garage, an online poetry critiquing community, for the last four years. The Garage includes some incredible poets who have become great critique partners and friends. Many have had their poems published by the Dirigible Balloon! I’m afraid to list them by name, as I don’t want to offend anyone if accidently leave anyone out. So I’ll just say, as a child, I absolutely loved Shel Silverstein’s poetry and definitely see his influence in some of my own more punny, funny (and sometime irreverent) poems. And, in terms of picture books, I’m a huge Julia Donaldson fan. My two absolute favorites are Room on the Broom and The Snail and the Whale. I think both are impeccably done, both in terms of story-telling and mastery of rhyme and meter.

What do you enjoy doing if you’re not writing?

What ambitions do you have in terms of writing (projects on the horizon etc.)?

As I mentioned, my next picture book, WHATEVER COMES TOMORROW, releases on March 7th. It is a poem picture book about strength, courage and resilience in the face of the unknown, inspired by my own lifetime struggle with anxiety. I also have four (possibly five!) more picture books coming out in 2024. Two of those have been officially announced: AFIKOMAN, WHERE'D YOU GO? A Passover Hide-And-Seek Adventure (Penguin Random House/Rocky Pond Books, Spring 2024) which I describe as "Where's Waldo?" meets "The Gingerbread Man." And I WILL ALWAYS BE…(HarperCollins, Spring 2024) is an inspirational poem picture book that encourages kids to always celebrate their passions, whether or not they ever make it to Broadway or the big leagues.

I also have a bunch of new poems coming out soon in magazines like Highlights High Five, Cricket, Spider, and several of The School Magazine’s publications (Blast Off, Countdown, Touchdown and Launchpad). I have many other poems and picture books in the works or on submission, including a poetry collection, that I hope will find their forever homes soon! 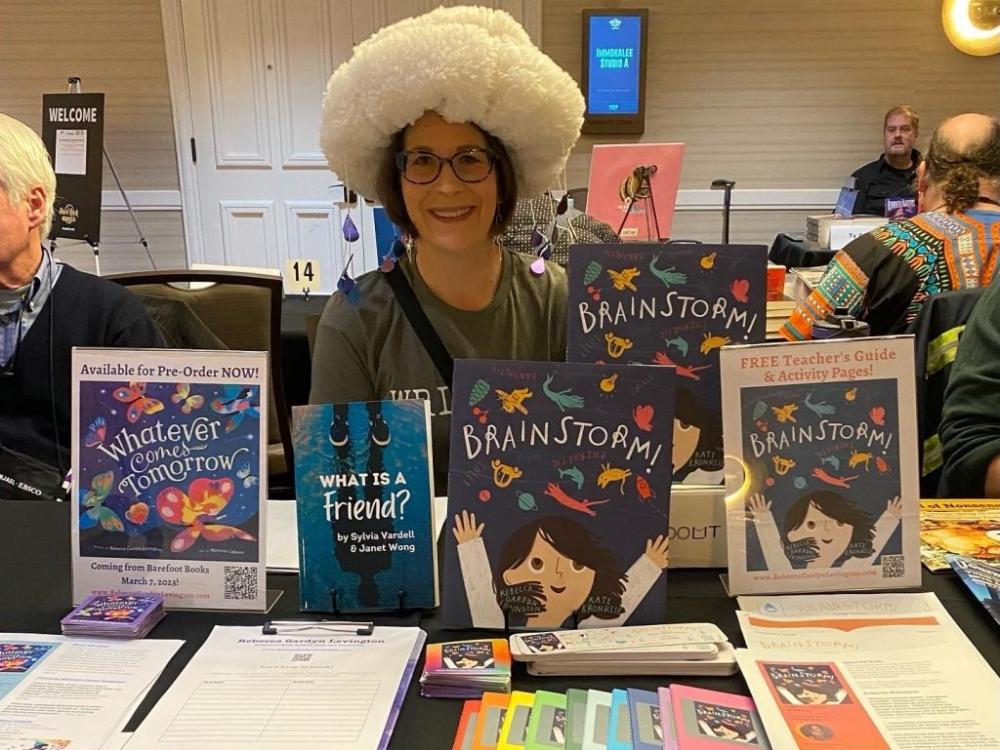 Thank you Rebecca for taking the time to answer our questions.

To find out more about Rebecca’s work, you can visit her web site at www.RebeccaGardynLevington.com

and for your enjoyment, we have uploaded Rebecca’s poems ‘The Blue Balloon’, ‘Oh Nuggets!’ and ‘When Butter Flies’ onto the Dirigible Balloon.

The pictures in this article were kindly supplied by Rebecca Gardyn Levington.
The article was edited and organised by Jonathan Humble
This poem is copyright (©) Jonathan Humble 2023