Listen to Mark reading his poem ...
If you have a dream
that won’t go away
that gnaws at your toes
with each waking day.

That sings beneath notes
and swirls between stars.
From lines in great books
it thrashes and gnarls.

From cinema screens
it leaps along light
and twists your insides
and stalks you at night.

Then give it attention.
Tame that wild dream.
It’s there for a reason
yet to be seen.

A beast of the future
only you own.
Don't let it escape
into the unknown.

Train it with care
and boost its esteem.
Spotlight it brightly
so it can be seen.

Or dreams can turn nasty
tire and groan.
Diminishing creatures
if left all alone.

Feel the roar rumble.
Hear every shout.
It’s your beast of a dream
just dying to get out. 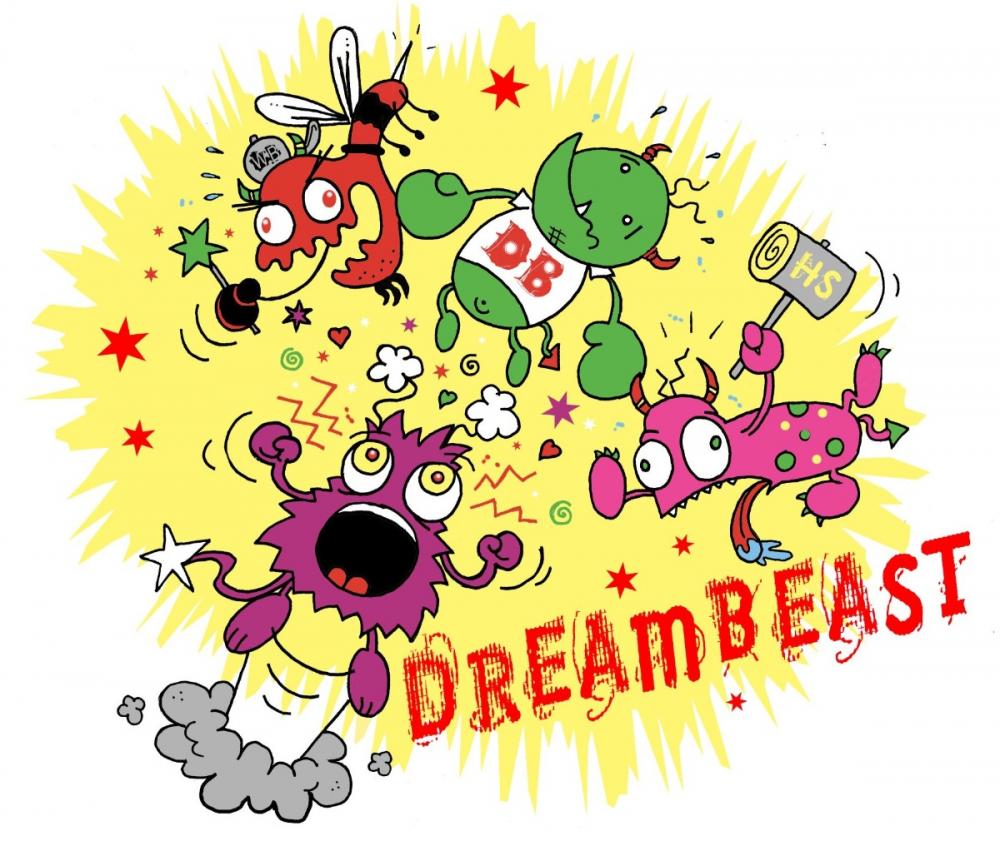 Picture by Chris White
About Chris White, the illustrator: Chris is a writer, illustrator and performance poet. He has made many appearances at festivals, school, theatres and libraries around the globe. He has had many poetry and story books published since his first, ‘Bitey the Veggie Vampire’, in 2000. He illustrates his own work and that of others, has had his poems and pictures broadcast on BBC TV and radio, and has worked for the British Government and the British Council on various projects.
This poem is copyright (©) Mark Bird 2022

Mark lives in London but is originally from Uttoxeter, Staffordshire. He is a teacher and children's writer. He has been published in Brian Moses' recent anthology: The Best Ever Book of Funny Poems as well as by Gill Education and The Caterpillar Magazine. His poem, “Halloween Date from Hell” is due to be published by Ventorros Press in 2022 and will be illustrated by Chris White. Mark has his own blog and website: www.dreambeastpoems.com